Over the last few months I have really struggled with motivation. One moment I’m thinking of great and exciting things to do, the next moment I am trying to get out of them. Going for a surf has been a prime example lately.

You see I got caught in a cycle where, when I want to train or surf I was to busy, this is not because of an overload of work, but rather through my personal power of procrastination. For a while I have let procrastination effect every area of my life, its like a disease with no medical cure. It started with finding excuses, like blaming the weather and not going for a surf, eventually my excuses went from justifiable to the ridicules. Staring at the surf the other day I found myself caught between its either too big and I’m not fit enough to make the paddle, or its to small and it’s not worth the paddle. There just seemed to be no middle ground, I had got to a point where I was making excuses to avoid what I know I truly enjoy. I’m sure we’ve all been there and in some cases we’re still there. 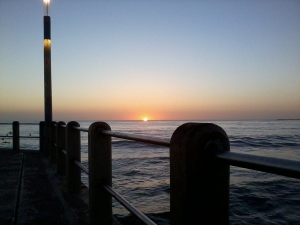 It becomes a downward spiral, we get so used to finding excuses not to surf, eventually we forget why we actually wanted to surf in the first place. It’s not that we don’t want to surf, it just becomes easier not to. You see we become so good at delaying and postponing that the procrastination becomes permanent, we become lazy forgetting why its important to us in the first place, in turn robbing ourselves of the Joy we get from it.

Lately when I get to the beach and look out, I have begun to ask myself a valuable question, “what are my options”. Standing their thinking about it and trying to weigh up the options, acknowledging my need for the workout and reminding myself of why I enjoy it, almost always lead to me telling myself to “suck it up and do it!” before deciding to paddle out to reinforce what I already know.

“the Joy does not come to you, You have to go out and find it”

That said, procrastination, avoidance or downright laziness can be a difficult cycle to break.

As a child playing in the pool, we would make a whirlpool by running in a circle going round and round. Then when the whirlpool current was strong we would float, and let the momentum carry us round and round. Then challenging ourselves to break the cycle of the whirlpool, we would run in the opposite direction and our momentum would slowly break the cycle and begin to build momentum for us to float round in the current we had created.

So when your standing on your beach thinking of reasons not to paddle out, Take a look at your options, Suck it up and do it.