I have often stopped and started this blog. Up until now I never really grasped the process of writing, at first I found it rather boring and that made it feel like work. But as I lay on this bed, under a mosquito net in a small dark room, while my host peacefully sleeps in the room next door. I have found that writing, if done with the write motive, can be a rather fulfilling experience. I find myself intrigued and excited by the pictures we can portray through the descriptive text. For far to long, I have overlooked the beauty that has been created all around us, that if just acknowledged, words can only partially describe.

Personally up until recently, the only writing I have ever done has been work related. Looking back at the academic side of my high school days, if there were no grades at stake it just was not going to be done. I admit, I was a terrible scholar, I invariably still wonder how I actually completed school. Thinking about it, When it comes to the basics of English, I Know I would struggle to recall the grammatical foundations of what I was supposed to learn in my English first language classes.
Now that I have shared with you my authorship inadequacy, I promise to do my best to create interesting and inciteful posts, while developing my own personal writing skills through out the process. In turn, I politely request your forgiveness for any grammatical or linguistic transgressions, and any feedback from your part in this would be further more appreciated.

The power of sharing and processing information with love, forms the foundations of all our communication. It is that attitude of love that keeps us seeking to bring lasting joy and value to the lives of those we come in contact with. You see love helps us to understand that its not what we say that is important, but what is understood that makes the difference. 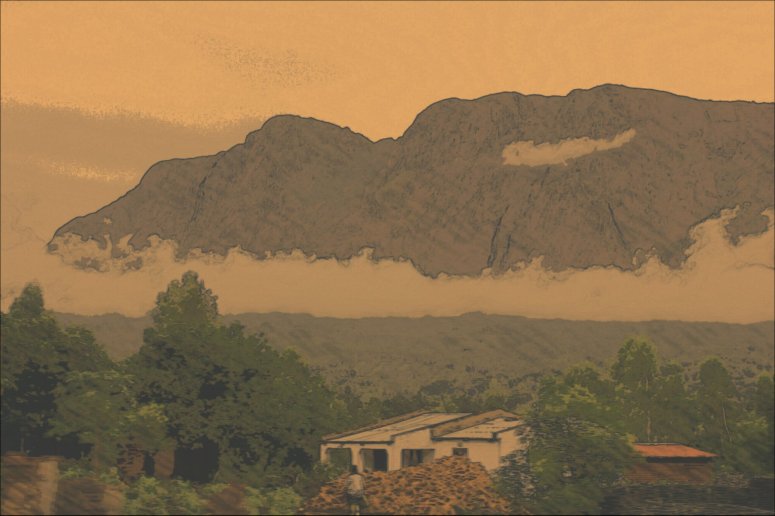 The other day I was in the southern region of Malawi, visiting a good friend who lives in a little town surrounded by tea fields, at the base of the beautiful Mulanje mountain.
Our good friend Headson, a relatively small man with a big smile, who hardly has a few cents to rub together, came to collect me for church early that Sunday morning. On our way, while walking down the muddy red road, hopping over the puddles from the last few days of rain, we chatted about what had occurred since his recent return from South Africa.

Full of smiles he spoke excitedly about the projects he is involved and how this new church had begun, you see he has been busy. While walking he begins to tell me about a group of, as he puts it, notorious boys (criminals), who own the house that they now run the church in. He shares how these boys had been stealing from their neighbours and vandalising the very house they were living in.
As we arrive at the church, I am greeted by a young man, his clothes are old and worn but neat, he greets me with an unsure smile welcomes us to take a look around. Walking through out the rundown and ransacked house, Headson continues to tell me about the girl who used to live here, she was only 18 when she passed due to the effects of hiv/aids. Another young man arrives looking freshly showered, shyly he greets me. Headson and I, chat further about the family that live here as we continue to walk through the door and door frameless house. Arriving at the front porch the young man I met earlier brings us a bench. I ask him his name and his age. Headson translates but all I get is he’s 17.

Taking a seat, Headson continues to tell me about the house and how the church came to be here. (Original story, but Not original names)

While traveling to do training with a group of local leaders, Headson noticed these notorious boys sitting around outside the house. Just so you know, Headson has this funny habit of chasing wandering children back to school. He went over, an amazing thing happened, he did not preach or tell them the error of their ways, he just sat down and had a conversation.

Sitting there he listened while they told him stories of how they had began stealing and vandalising there house. They told him how there older sister used to be a prostitute and how their oldest brother is notorious for crime throughout the area.
After a few more visits he learnt more about them, listening and chatting about their world.

Then it happened they opened up, they shared their catalytic turning point, the biggest moment that changed the course of their young lives forever, the boys began to tell of how both their parents had died of hiv/aids 8 years earlier. How they had lived on their own ever since, and their oldest brother Paul being 13 at the time, and their oldest sister Amy (11), had become the parents of their fellow siblings Brett (9), John (5), Tom (2) and baby Michele(1).

In the first few months after their parents death, their oldest brother and the boys had began to sell the furniture to survive, then when the house was empty. They told how they went on to sell the windows and finally the door frames, vandalising their own house to buy food.
Once those resources were finished the boys began sneaking out at night and stealing from their neighbours. They told How little Amy at an early age, in an attempt to feed her family, would also go into the village at night, Amy began to sell the only thing she had left to sell. Paul eventually left, leaving Brett to fend for his brothers and little Amy payed the ultimate price contracting Hiv/Aids and passed away early last year at the tender age of 18.

By sitting down and listening Headson was able to understand a problem, no lecture would ever fix. Taking time to listen and show a little love, has also just asked more of him than he ever expected to give. He would have to find a solution to a life shattering problem.

So he decided that this was more than he intended to give and they were to far gone. So he left them and carried on with his own life, on his way to teach church leaders how to love like Christ loved the church.

Ok, of course he didn’t, why would I right a story about what most other people have done to them over the last 8 years.

Headson being the Good guy he is did have to leave after that first visit, but he returned often, he made friends he began to support them with food and clothing. They began to accept him, they stopped stealing and he moved in to help them. He met with the chief, the neighbours and the church leaders asking them to help as well.

The boys have begun to change, the neighbours are beginning to trust them for the first time and the chief is supportive of the entire process.

He arranged for the house to be rented from the children during the day. It is now used as a preschool, during the week, with which these children now attend. With the rent going to the support of these once notorious boys, who are still living in that same house, with no windows or doors. A couple from the church has volunteered to move in now and they are slowly beginning to develop into a respectable loving family again. While an aunt has been tracked down, who has now taken in, now 9 year old no longer baby Michele.

Our conversation is cut short as others have arrived and its time to start, that 17 year old young man, has a sparkle in his eye, as he hands me a chair. We have all gathered in the rundown lounge area which is now decorated in bright orange material, salvaged from a garage in pretoria. We begin to share about love and forgiveness as the older brother Paul, wearing a large trenchcoat and a face worn with the scars of his hard life, enters the church to take a seat next to his smiling brothers. The process is just starting with him.

On my way out I asked Brett, what does he think and feel about what has happened, He replied “I feel loved and cared for”, I can see the relief and gratefulness in his eyes as he says it. I greet Paul As I am leaving the front porch and spot his young wife, who has Pauls same worn demeanour, hiding outside. Calling to Paul we tell them both, “she is beautiful” he half smiles in agreement and she skirms shyly, as I ran off to catch a minibus to Blantyre, I realize I have witnessed the start of another series of catalytic moments in the lives of this young couple.

This is not a story of the decimation of a family ravaged by hiv/aids but rather the story of how Love and Understanding is instrumental in the way we influence the lives of those around us. It is story of how love and understanding brings restoration to the shattered lives around us.
We may have lost Amy, but through continued Love and Understanding, there is hope for the rest of this family. There is also hope for those around you.

If you have read many of my short facebook posts you will understand that most of what I write about is more light hearted. But this is different, as I said in the beginning that I will attempt to Bring you joy or add value to your lifes. I hope I have achieved that on this first of my new blogging journey.